LEARN HOW TO BOOK LIVE MUSIC GIGS IN PERSON AND ONLINE 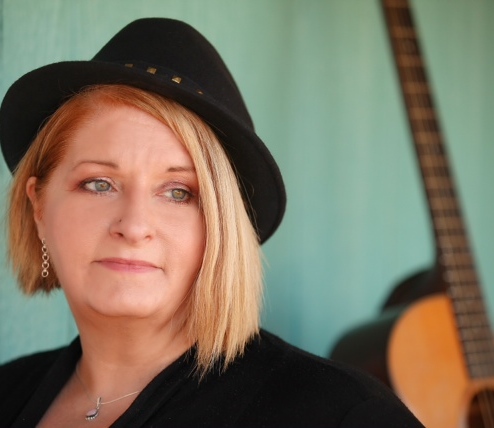 Sandy Hathaway’s songs reach back in time and deliver stories that touch the heart. Her music can be described as a soulful blend of Dar Williams, Joni Mitchell and Patty Griffin. Sandy’s live performances are filled with emotion and expression. Her own songs contain vivid descriptions and metaphors that transport the listener to a country garden or a dirt road. Sandy plays nearly all genres of music and has about six hours of songs in her cover song library.

Sandy is a daydreaming artist from West Michigan lakeshore. She taught herself to play guitar at eight. She took every opportunity she had to play on stage at 4-H events, school talent shows or church. Early influences were her aunt Jean and uncle Pat who both helped her learn. Sandy studied Classical Guitar as an adult at Meyer Music in Grand Rapids. She moved to Arizona and became a full-time singing guitarist.

Sandy has studied Songwriting at Berkley online and voice with Ree Boado. Her songs are emotionally engaging for the listener; whether walking the cow back home, or dancing on her father’s shoes. Sandy was a Top Ten Finalist in the Tucson Folk Festival songwriting contest in 2004 , 2016 and 2017. She placed second in 2017 for a country songwriting contest by West Valley Country Music Association. Sandy has recorded three CDs: Edge of Twilight 2014, Red Sky at Morning 2015 and a children’s CD Milkweed Seeds 2016.

When does the course start and finish?
The course starts now and never ends! It is a completely self-paced online course - you decide when you start and when you finish.
How long do I have access to the course?
How does lifetime access sound? After enrolling, you have unlimited access to this course for as long as you like - across any and all devices you own.
What if I am unhappy with the course?
We would never want you to be unhappy! If you are unsatisfied with your purchase, contact us in the first 30 days and we will give you a full refund.